Close your eyes and imagine your perfect vacation. Do you see the rolling waves, the clean beaches, and the cold drink next to your chair? Now open them. You are in the airport and you have an 8 hour flight ahead of you before you can begin to even think of closing your eyes and really relaxing. Sounds like a nightmare, doesn’t it? So much has been made of how flying is uncomfortable and boring that we’ve forgotten how awesome it really is. To put things into perspective I decided to list off 12 perfect reasons I learned to love flying while on vacation. I may not convert you, but I’ll definitely show you why I enjoy taking a plane!

Flying is actually the safest way to travel in the world!

Any good vacation probably includes you making it to your destination, and back, without getting into a horrific accident — right? Well, then we’ll chalk up plane safety as the first reason why we absolutely adore flying. Driving your car is considered 19 times as dangerous as flying in a plane. The odds of you getting into a plane crash are 1 in 7,000,000. This means you could fly a plane every day for over 25,000 years before your number would statistically be punched. Now tell me that a cheap flight is more dangerous than driving and I’ll show you someone with an irrational fear of flight. None of this includes the numerous safety precautions that average passengers don’t know about: enough fuel to make alternate landings, the ability to fly on a single engine, and three different autopilot systems in case of trouble. 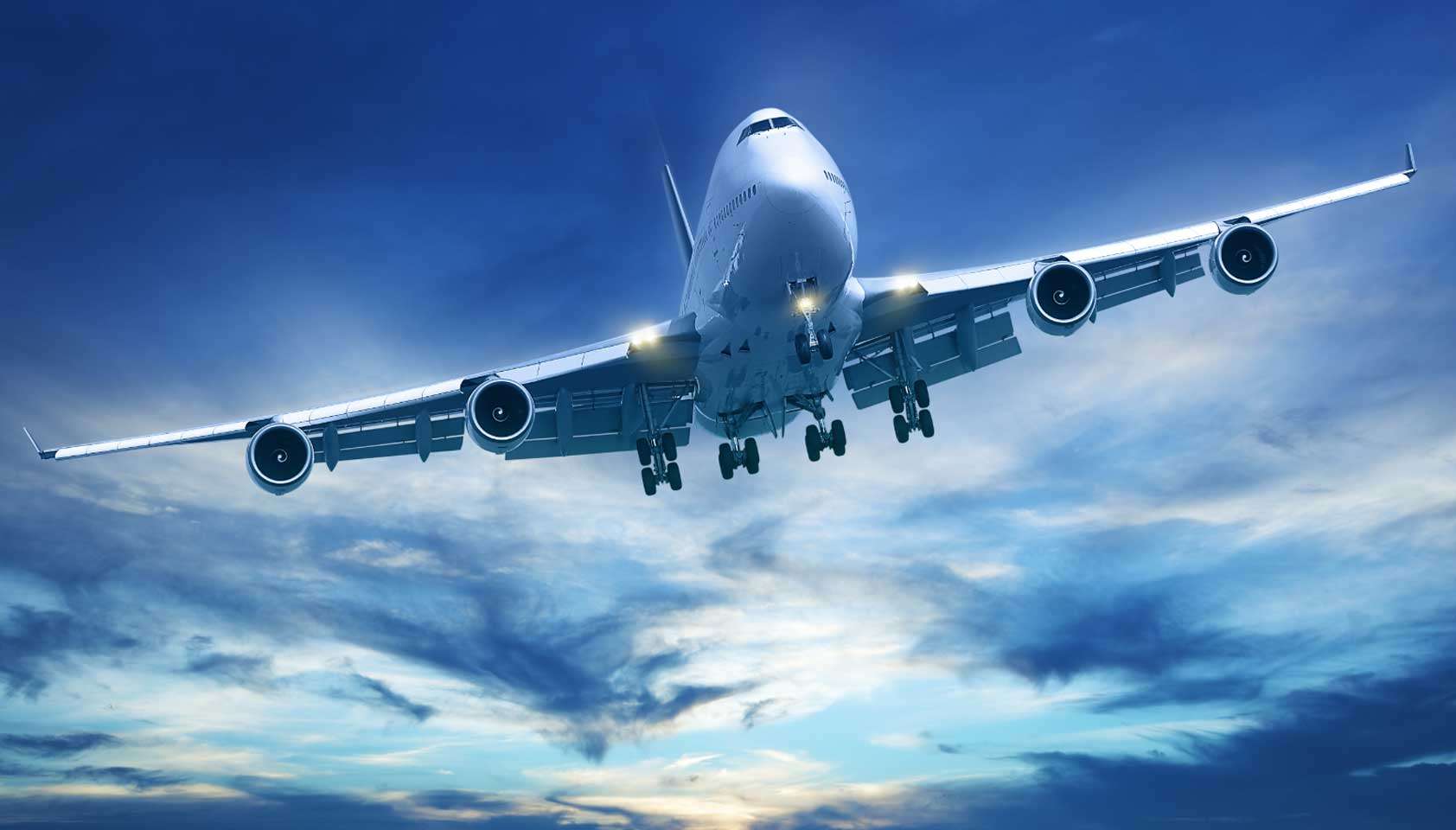 Flying is actually the safest way to travel in the world

Flying can be a lesson in luxury.

Sure, unless you opt to pay for a first class pass, and not the cheap ticket you most likely ordered, you aren’t going to be living like The Rock up there. But still, flying gives you the unique opportunity to completely show yourself down while heading on your trip. You don’t have to worry about traffic. You don’t have to worry about getting gas or stopping for a bathroom break. You can literally lean back in your chair, close your eyes, and wake up thousands of miles away only minutes from your hotel reservation. Oh, and you can totally order up as much food and drink as you want directly to your chair without moving at all. Make sure to get an aisle seat, though.

Flying can be a lesson in luxury

Come on, look at that view!

Most people look at flying as a long act of torture. For some reason people are determined to focus on the negatives: the person sitting too close to you, the crying baby ten rows back, or the mediocre dining service. Take all of that pessimism and throw it away. Instead turn your eyes toward the window and take in a view that the vast majority of human life has never been afforded: the earth from above. Before 1903, when the Wright Brothers brought flight into our world, this view was considered impossible. 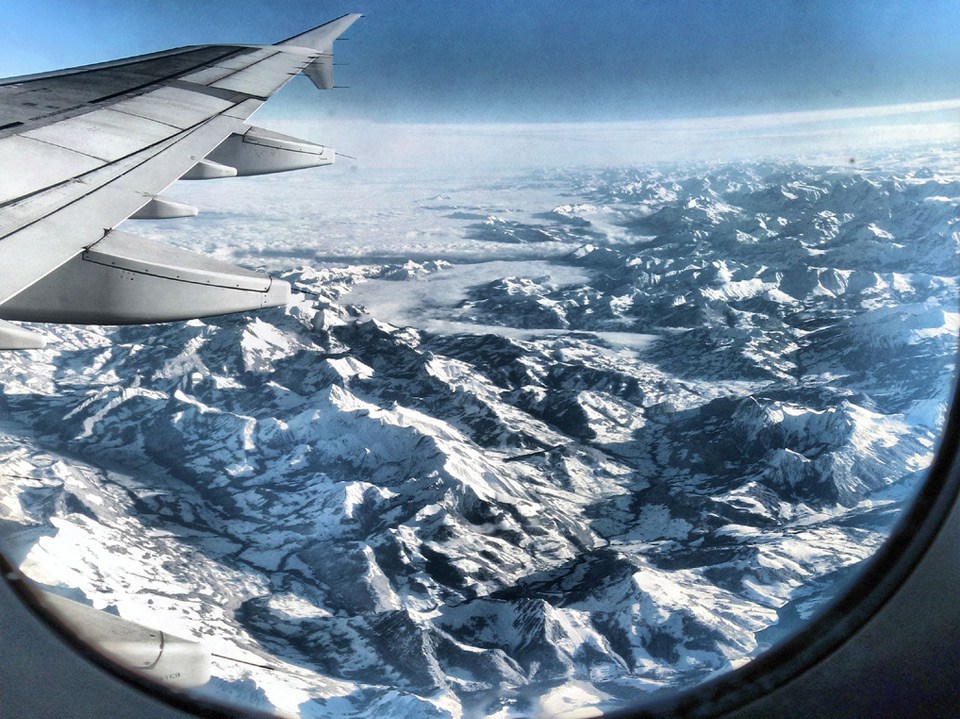 Come on, look at that view

Flying is cheaper than ever.

Maybe people don’t like dealing with the TSA or perhaps airlines are just coming to their senses, but in either case flight has become one of the cheapest forms of travel around. We no longer have to spend every penny we own to get on an airplane in order to travel across the country. You can shop for bargains on a variety of different websites in order to make your flight as comfortable as possible and as affordable as possible. Most flights allow a free checked bag as well, which means you might not even have to buy any luggage. Now you can spend all of that extra money on swanky hotel reservations with rad swimming pool designs. 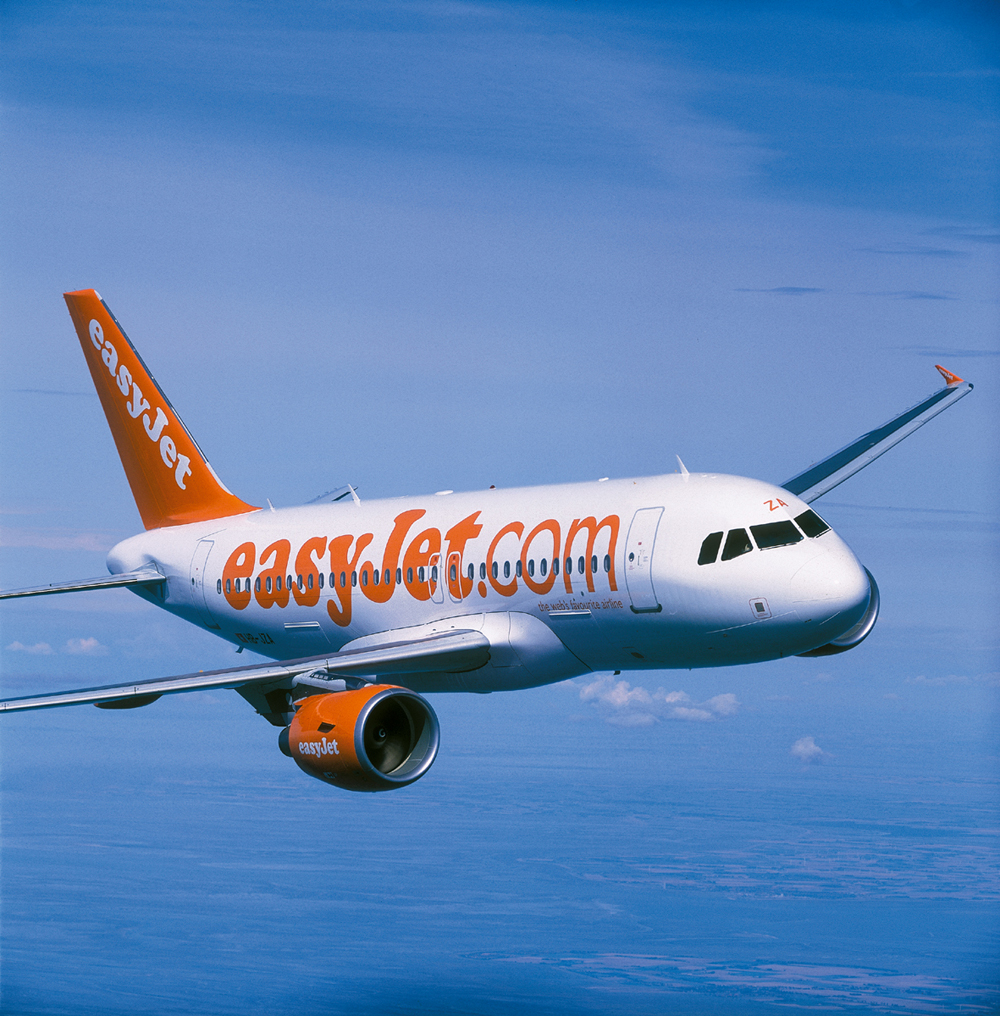 Flying is cheaper than ever

You get to meet all sorts of interesting people.

Note: I did not say that you will enjoy meeting these people. Yet, it’s a fact of life that you are going to meet a wide array of individuals when you head to the airport and you get on an airplane. You are going to see folks coming and going from all over the country and all over the world. You’ll be exposed to different cultures, personalities, styles, and even, well, smells. Many people have created life long friendships from those that they have met on airplanes. Still, if nothing else you should get a nice boost in the people watching department. 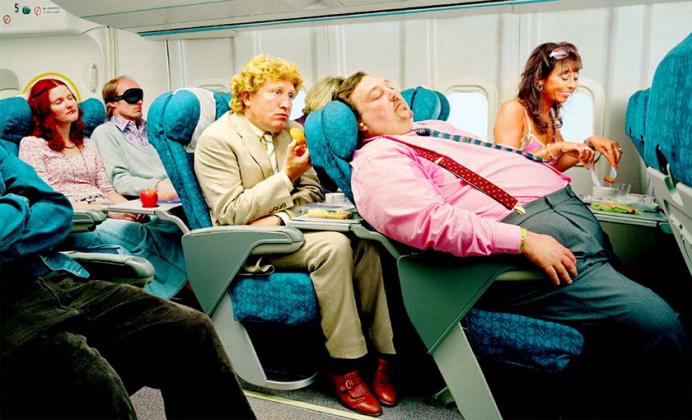 You get to meet all sorts of interesting people

In flight food is starting to really turn around.

If you are still relatively young then you probably don’t know just how bad in flight food used to be. There was a point in time where you’d get a bag of peanuts thrown at you with the expectation of a crappy half thawed chicken breast for dinner if your flight was long enough. Nowadays we are starting to see culinary specialists really look to the sky as the next place to bring their high quality dishes. On certain flights you can even expect to get some world class, gourmet food. Of course, it’s all terribly expensive but it’s about the experience, right? When are you really going to get to brag about in flight food? 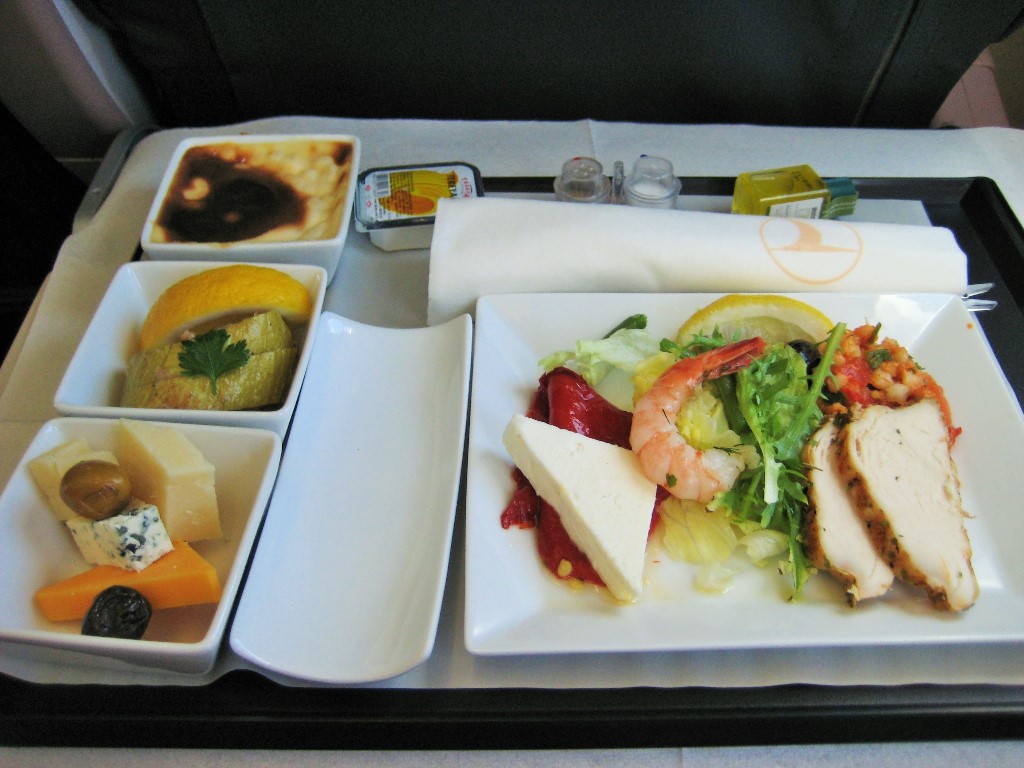 In flight food is starting to really turn around

Some airports are actually kind of cool.

There are two types of people in the world: those who love to travel and those who hate to travel. When you fall into the former category you are going to be excited even if your airport is a dump. When you fall into the latter category you need to see something special in order to have a decent time. It seems like airports are finally getting the memo: people want to enjoy the time they waste while waiting for their flight. That is why many airports are putting in spas, rentable rooms for a shower or bath, and even new entertainment options: movies, TV stations, game rooms and so on. The airport of the future will look more like a mall than a place of travel. 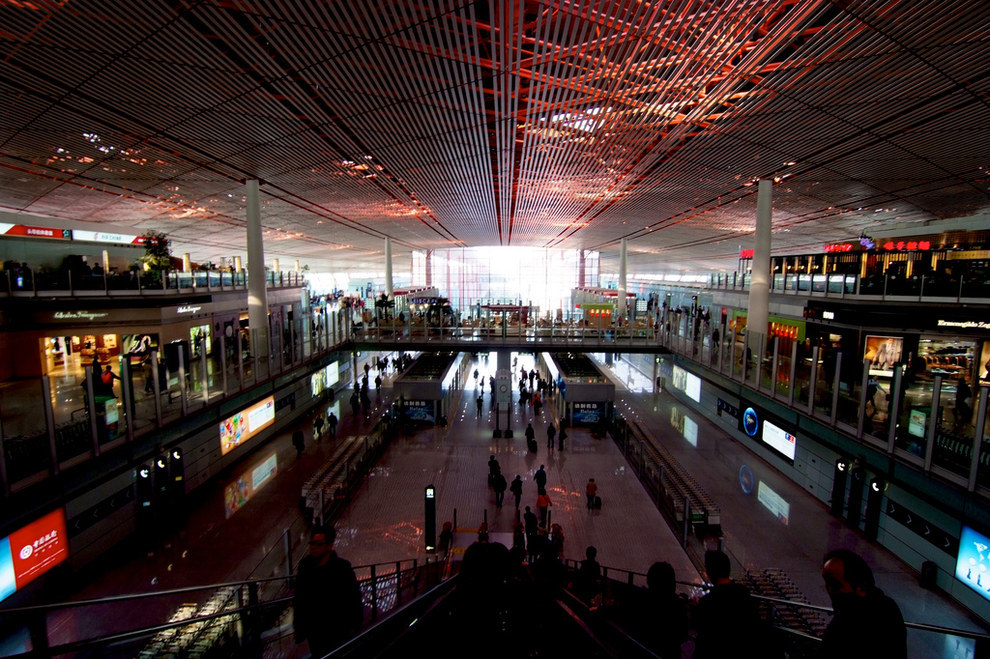 Some airports are actually kind of cool

If you don’t have a rewards program on your credit card that is tailored to flight miles, what are you doing? If you go on vacation or business trips often enough then this can be a great way to passively earn yourself a dream vacation — all completely free. When I started logging all of my travel miles it opened up the door for some major rewards: from cash to free trips. If you don’t want to fuss with credit cards but still travel for work, make sure to log your miles anyway. Those miles can go toward taxes at the end of the year! 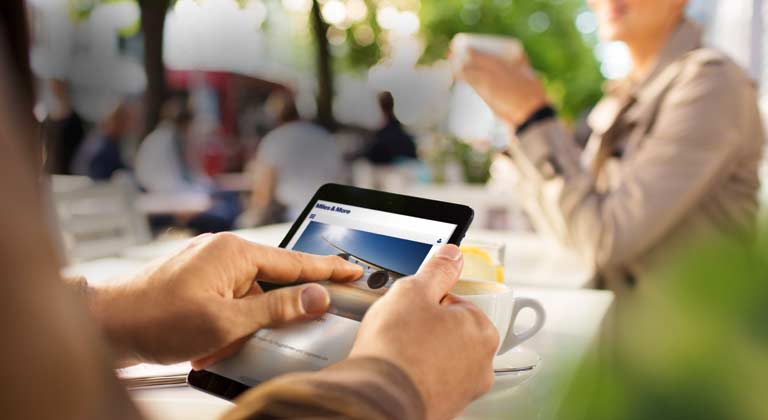 Sometimes your flight attendants are hilarious.

We don’t live in the world of sitcoms, we understand that, but sometimes people go above and beyond their line of duty in ways that just make us so happy. Seriously, go to YouTube and look up hilarious flight attendants. You’ll find dozens of videos where flight attendants managed to take care of their passengers while also seemingly performing hilarious character pieces. Not all attendants are funny, though, so please be respectful. 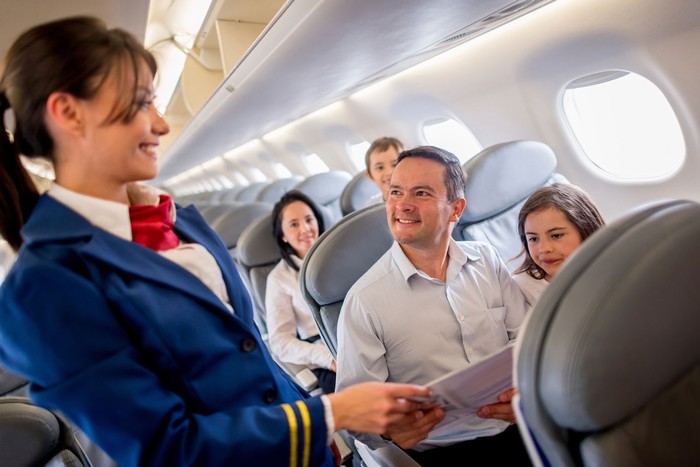 Sometimes your flight attendants are hilarious

Where else can you look through the SkyMall?

Being stuck on a plane with nothing to do but flick through the SkyMall catalog will lead you toward making some pretty awesome purchases. Sure, you’ll probably regret buying the self flipping burger grill but it will end up being a great story, right? 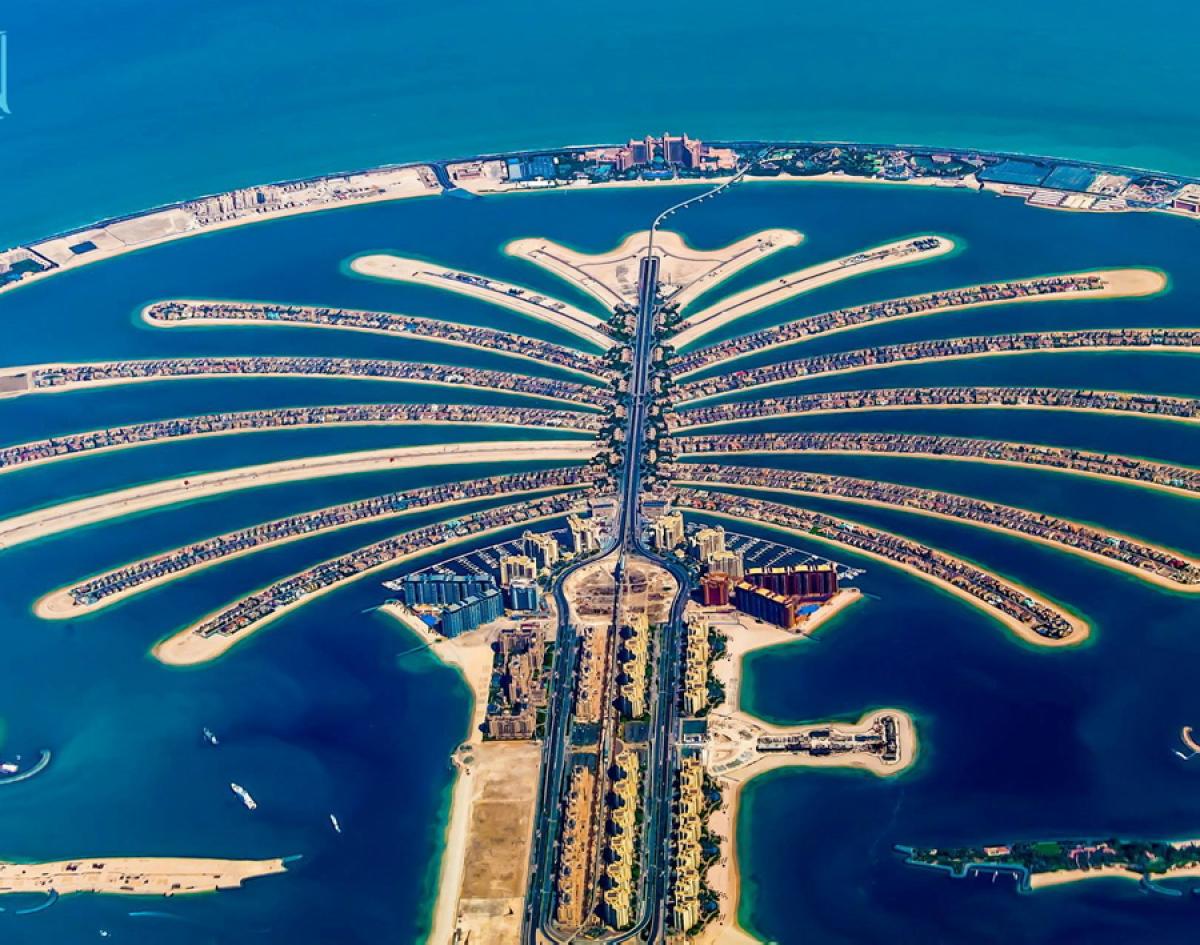 Where else can you look through the SkyMall

You can use your flight as an extension of your job.

If you aren’t the kind of person to ‘turn the motor off’ in a plane then you can instead get some extra work done. Most planes now have the option to purchase additional WiFi and mobile devices are better than ever. Get the internet going and get some much needed work out of the way before you land for your vacation. 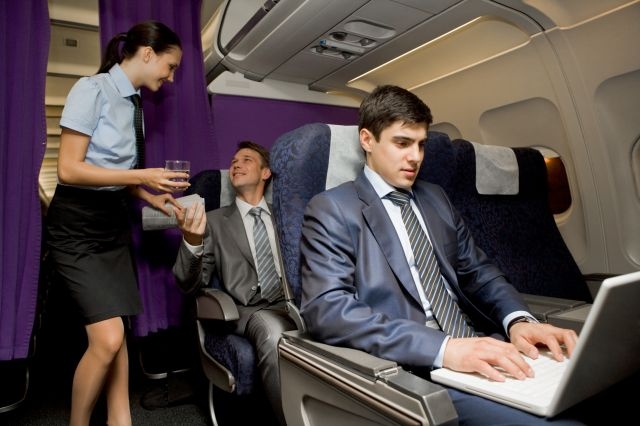 You can use your flight as an extension of your job

Because flying is awesome, that’s why.

The Wright Brothers put us into the air back in 1903 with their first plane, the Kitty Hawk, and since then flying has turned into a whole other ballgame. Flying is an incredible feat of human engineering and one that we should never take for granted. We are more connected to the world now than we have ever been before. Airplanes and quick travel have given us the chance to get to anywhere we want to go on the planet, literally. A ton of hard work and bravery brought flight to our world so we should never take it for granted. 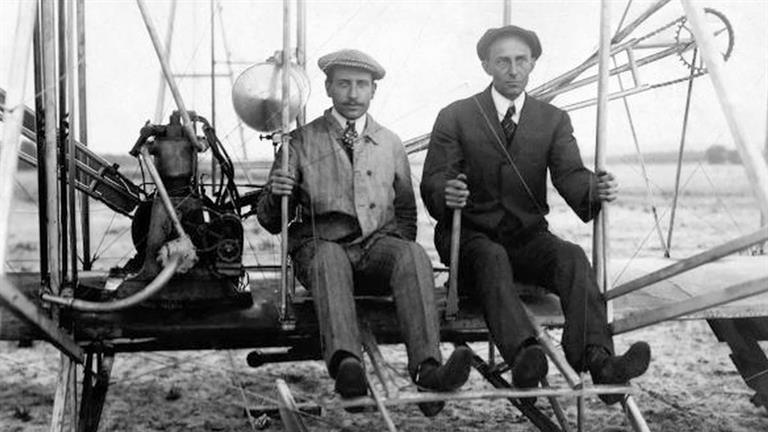 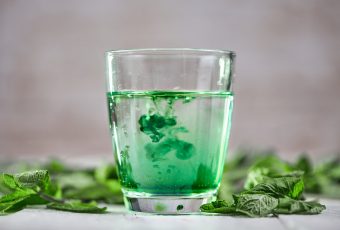 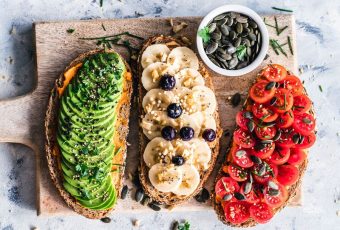